King’s Lynn Bus Station was cordoned off earlier today due to what has been described as a medical incident.

Police attended the scene just before 7:30 this morning and the Magpas Air Ambulance landed in the Walks. 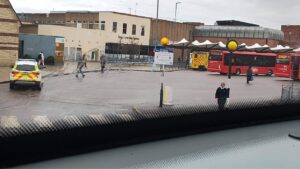 The Sainsbury’s supermarket was included in the area that was closed off while emergency services were in attendance.

The bus station has since re-opened