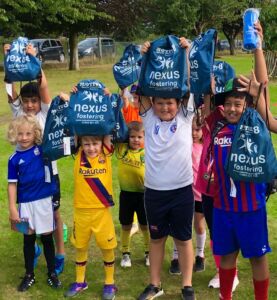 After-school sports clubs in the Dereham area have got some ‘Premier League’ support from Nexus Fostering Agency.

They have funded water bottles and boot bags for all children who work with Motive8 sports coaching, as well as sponsoring a trophy for the player who listens, tries their best and offers the most help and encouragement.

Their founder Duncan Rumbelow said: “A large number of children that attend our sessions initially lack the confidence to join a football team, they want to be part of a team or group and want to feel included and involved.

“The support of Nexus means we can now supply every child that takes part in two of our after-school football coaching groups their own boot bag and water bottle.” 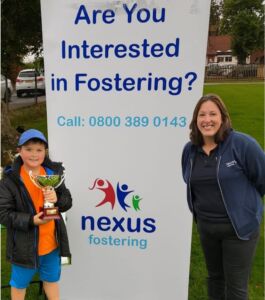 The trophy winner was Dominic (above), who won praise from Duncan Rumbelow, who said: “He was a very worthy winner and should be proud of everything he has achieved.”

Sue Lappage, Area Manager for Nexus Fostering Anglia said: “We are thrilled to be able to sponsor Motive8  and see the difference it makes for children within our local community. The sessions are such a positive experience for the children, and we are proud to be a part of that.

“The children would love to have your support, so please do look out for  their local Facebook page – Motive 8 Sports Coaching – and click the like button to show your support. We hope the team like their new kit, and we look forward to seeing them progress throughout the season.” 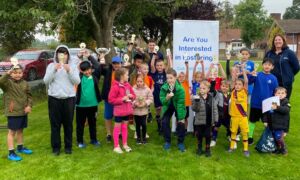