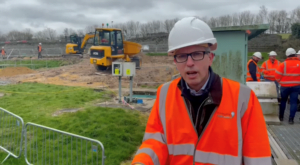 A scheme aimed at cutting flooding in several West and North Norfolk villages is under way.

The £1.5m projects aims to help the Burnhams and the Creakes near Fakenham deal with heavy flooding and prevent sewage coming up from drains.

Floods in 2021 prompted North West Norfolk MP James Wild to press Anglian Water to find out what the problem is with the sewers and resolve it. 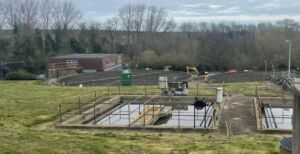 Building work is under way to improve capacity, but a mix of wet wipes being flushed away and fatbergs made of fat, grease and oil are causing problems too.

Mr Wild said: “Last year’s flooding caused considerable distress and disruption to people in the Burnhams, Creakes, and across North West Norfolk with sewage coming up into homes, gardens, and streets. It is encouraging that Anglian Water has responded to the calls I and constituents made by bringing forward this programme of upgrades and surveys across affected areas to reduce the risk of future flooding.”

In North and South Creake, new linings have been put into the sewer creating a ‘sewer within a sewer’ to try and reduce overflow.

A similar scheme will happen in Burnham Market, with re-lining of sewers also scheduled for Brancaster later in the year, and surveys are also happening in Thornham, Heacham, Castle Acre, Pott Row and Gayton to see what improvements can happen there too.