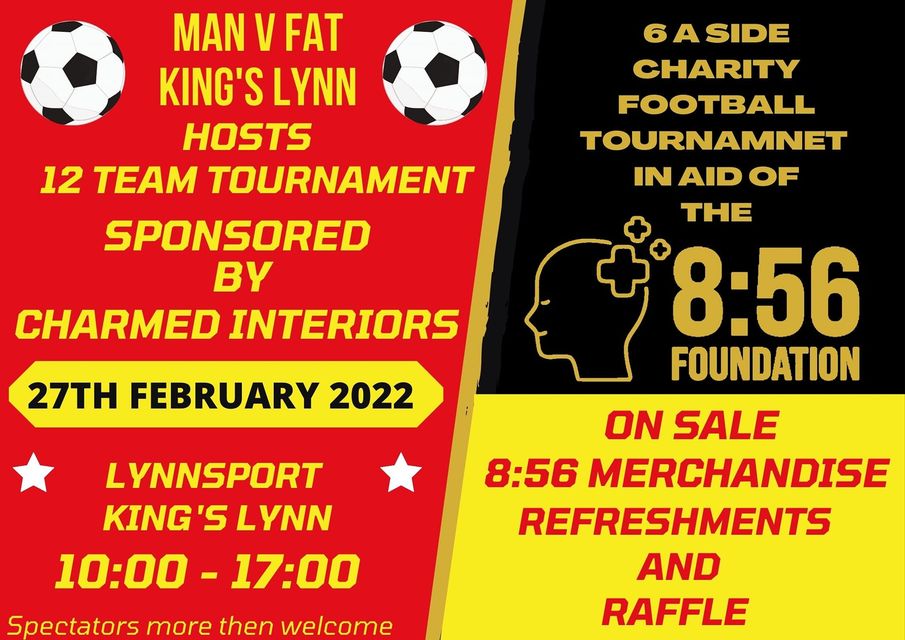 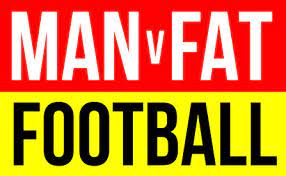 On Sunday 27 February from 10am – 5pm Alive Lynnsport will be hosting a 12 team tournament, which MAN V FAT King’s Lynn is organising.

MAN V FAT Football is football with a difference. Weight loss progress directly impacts a football team’s performance, and together with teammates, it’ll work to score goals both on and off the pitch.  You can learn more about the club here when they spoke to Si on Radio West Norfolk Breakfast.

Even if you haven’t played footie since you were a child, MAN v FAT Football is a fantastic way of improving your health – and 90% of players lose weight. The club has been going since 1 October 2021 and so far as a league, they have lost just over 523 kilos which is equal to 82 stone!  What an amazing result!

MAN V FAT King’s Lynn support men with their physical and mental health. The club wanted to support a local charity that deals with mental health issues to work with, The 8:56 Foundation fitted this brief to a T.  They do a marvellous job in raising awareness and encouraging people to speak more in hard times, plus raising awareness for mental health and the benefits of physical exercise. Therefore MAN V FAT decided to run the 12 team tournament to raise some money and awareness for this fantastic charity. The charity has also submitted 2 teams to take part in the tournament.

Man V Fat would like to invite spectators to come and support the teams, grab some snacks/ drinks, and there will be the charities merchandise available to buy there too.

If anyone would like to support and donate to this charity, please go to MAN V FAT Facebook page for more info.