Fans favourites are leaving the Walks 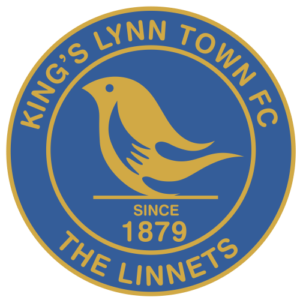 There will be two very big places to fill in the King’s Lynn Town Squad after Saturday’s home clash with Aldershot in the National League.  Linnets stars Ryan Jarvis & Michael Gash will depart after the final game of the season.  The pair between them made over 300 appearances for the club.

Gash said “It has been a fantastic four season’s and I have enjoyed every moment of it. The club want’s to move in a different direction next season from when I first joined. I have a full-time job as a tree surgeon working five day’s a week and having taken things into consideration, including my family, it will not be possible for me to make the commitment the club is looking for. Since my arrival here I have always been looked after very well, been paid every week and had the very good fortune of playing with some very good players as well as making some tremendous friends as well. Ian (Culverhouse) is the best manager I have ever played under in my entire career, everything from man management to coaching is always spot on with him, I cannot thank him enough ”

Jarvis said “I have a coaching role at the Norwich City Foundation and I simply could not say yes to the extra commitment needed for next season. I have worked very hard on my coaching role and it is something that I enjoy doing now and also for the future. I can never half commit to anything in life and for me to have done that would have been wrong. I’m 35 next month and not getting any younger. The gaffa has to look at new options and begin building another squad which happens within football.

I have been fortunate enough to enjoy many highlights whilst playing for the club, far too many to remember really. However some of the football that we have played as a team, and at times with friends, I have known for years will always stick in the memory. The first season I was here when we lost the playoff final to Slough provided me with many wow! moments, some of the play was outstanding and so enjoyable. The manager is without question the best I will ever play for I have no doubt about that, no words can describe. I must thank all of the supporters for the incredible support, both home and away, during the last few seasons. When they turn up in their numbers and really get behind you The Walks is a tremendous place to play and I feel fortunate to have felt that noise and passion on several occasions.” 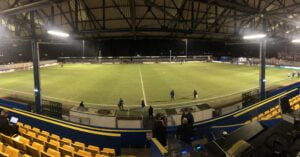 Only 1000 or so fans will be permitted to watch this weekend after Social Distancing breaches were observed this week.  The Saftey Advisory Group has stated the covered terrace will have a 50% capacity reduction placed on it after a small minority of fans failed to socially distance at Tuesday nights match against Solihull Moors.

Get your tickets here.