A letter signed by members of the West Norfolk Partnership Strategy Group has been sent to the Secretary of State for Health and Social Care Matt Hancock, urging him to fund a new hospital for King’s Lynn & West Norfolk. 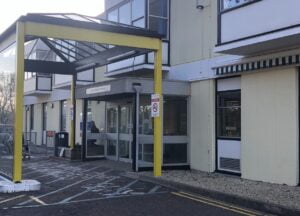 The letter cites the unacceptable safety risks inherent in the current building, which is being held up by around 200 props in over 40 areas of the hospital.  It also cites the impact that emergency repair work has had on the effective running of the hospital, with the recent closure of the intensive care unit resulting in cancelled operations and delays for elective and day procedures.

The letter goes on to detail some of the benefits of having a new hospital, not least of which cost savings, efficiencies through transformed and integrated services and of course a future-proofed, fit-for-purpose hospital to meet the needs of a growing population.

Lorraine Gore, Chief Executive of the Borough Council of King’s Lynn & West Norfolk and one of the signatories on the letter, said: “We want to understand why the people of west Norfolk are being left behind.  They deserve the improved clinical outcomes that can be delivered in 21st-century facilities. King’s Lynn was not on the original list of 40 hospitals included in the 2020 spending review.  We implore the Government to make sure that King’s Lynn is on the list for funding that is likely to be announced this autumn.

“A modern, efficient hospital for west Norfolk is vital and should, or rather, must be prioritised for this funding.”