Here is what happens when you don’t pay attention to where your walking.

Despite crashing through the pane glass window the man in the video wasn’t seriously injured.  After being checked over by paramedics he walked away with a cut to his legs, a massive dent in his pride and a rather large excess bill for the owner of the shop. 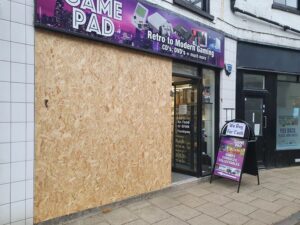 Jason Lee, Director of the shop only gained the keys to his new business four days ago and would never had expected such a smashing start!

The store says the man was lucky that it wasn’t any worse and are pleased he’s ok.  They aren’t so happy about the cost to replace the window however!