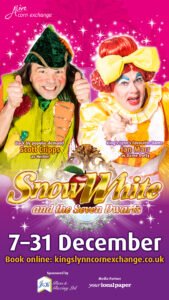 Popular panto pair Ian Marr and Scott Cripps are back to star in this year’s Alive Corn Exchange panto in King’s Lynn.

They will play Dame Dotty and vegetarian huntsman Herbie Vore in Snow White and the Seven Dwarfs, which will once again be presented by Jordan Productions. 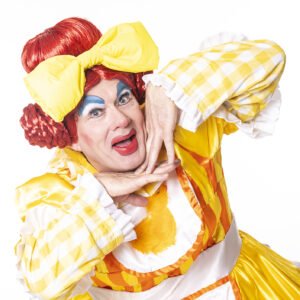 This will be Ian’s 12th Corn Exchange Christmas in panto and he is no stranger to theatre or TV appearing in shows like High Society, People and Shadowlands on stage as well as Downton Abbey and Waking The Dead on the small screen.

Meanwhile Scott returns for panto number nine. He is also no stranger to the stage appearing in West End shows like Billy Elliott, Peter Pan, Jesus Christ Superstar, Footloose and Joseph. You might also spot him in the Paddington 2 movie as an inmate dancing alongside Hugh Grant.

A Corn Exchange spokesperson said: “Following our Beast of a panto last year, we are hot on the heels of our hit show, Beauty and the Beast, tickets are already selling fast so don’t be Dopey and make sure you keep Happy and get booking. Once again, we promise a spectacular show full of music, fun, laughter, stunning special effects, and plenty of surprises along the way!”

Meanwhile you can find out more about the Open Dance auditions for young performers to be part of the cast at https://www.radiowestnorfolk.co.uk/search-for-panto-stars/