A recent director at Bristol Rovers, Tommy made his name as a midfielder making 372 appearances in the English Football Leaveu over 15 years, followed by five years in non-leave football.

His soccer CV is:

2001 – Hartlepool United helping them gain promotion out of League Two

2017 – Head of recruitment at Coventry City, followed by the same role at Bristol Rovers 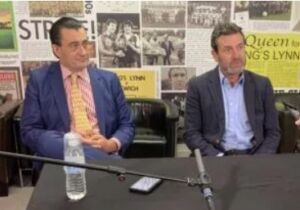 *Forward Connor Kurran-Brown has been signed on an initial one-month loan.

Known as KB, the 19-year-old spent nine years at Watford before joining the Cherries playing 49 of the 52 games for the under-18s that year.

Additionally, he is a Guyana international and was called up for the Golden Jaguars CONCACAF Gold Cup preliminary round tie against Guatemala in July 2021, but he’s yet to make an appearance for his national side.