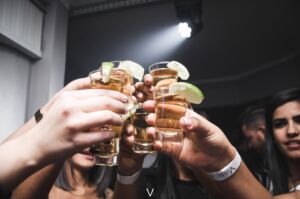 Keep an eye on your drink this weekend to stay safe. That is the message from Norfolk Police after reports of drink spiking in King’s Lynn and Dereham.

Over 30 incidents have been reported in the county since the beginning of October, and an injection was used in eleven of them.

Detectives are investigating all the cases.

Meanwhile police are working with West Norfolk venues to make sure nights out stay safe.

Chief Inspector Ed Brown, from Community Safety at Norfolk Police, said: “With increased awareness of this type of incident in recent weeks we are still seeing an increase in reports of spiking.

“Such offences are serious crimes and we are taking these reports seriously. Officers are continuing to work with the night-time economy to identify those responsible and understand the motive behind such incidents.

“I would urge anyone that believes they have been a victim of spiking to speak to staff at the venue they are in and contact the police as soon as possible so we can maximise investigative opportunities. We will be prioritising forensic recovery where there is a suspect to determine in which cases drugs have been administered.

“If your intention this weekend is to go and spike someone, then be aware that this will have serious consequences for you when you are caught. Everyone is aware of this now and is working together to make the night-time economy a safer space.

“Anyone found to be committing these crimes will be dealt with robustly by the police and could face a lengthy prison sentence.