Police are appealing for information after a car was stolen from the grounds of a property in Stradsett, King’s Lynn. 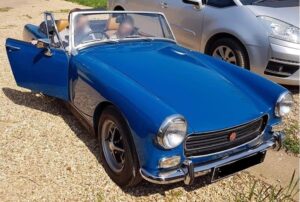 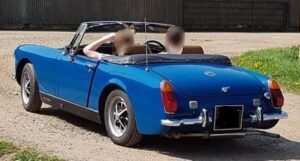 The classic car is believed to have been taken from an open garage sometime between 5:10 am and 6 pm on Sunday 14th March 2021.

The car is described as a blue MG Midget – license plate number TNO 318K. The car was stolen without a battery or keys, so it is believed to have been taken away on the back of another vehicle.

Officers would like to hear from anyone who may have seen the car, or anyone who holds CCTV or dashcam footage from the area during the times mentioned.

Anyone with information is asked to contact PC Daniel Brock at Downham Market Police Station on 101, quoting crime number 36/16498/21.