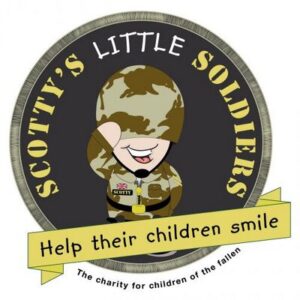 The former head of the British Army is backing a West Norfolk charity’s campaign to reach hundreds of bereaved British Forces children and young people who may not be getting the support they need.
General Lord Dannatt is asking veterans, service personnel and anyone with military links to help find children who have experienced the death of a parent who served in the British Armed Forces.

They will then be assisted by Scotty’s Little Soldiers which provides guidance and support for bereaved military children and young people from 0 to 25.

“Hundreds of bereaved military children aren’t getting the support they need,” said Lord Dannatt. “Their parents served our country and regardless of the cause of their death, we owe it to these servicemen and women to look out for their children. The impact felt by these young people is profound and, without adequate support, challenges they face as a consequence of their parent’s death can spiral out of control.”

The charity was founded by widow Nikki Scott in 2010 after her husband died in Afghanistan and offers a range of services including access to child bereavement support, help with education and learning including grants, and fun activities.

Nikki said: “We know that it’s not easy for a bereaved family to reach out and ask for support, but we are here to help. At Scotty’s, we are able to provide tailored support to bereaved Forces children and help them feel connected to military community. We see daily the difference it makes to young people to know they aren’t alone.”