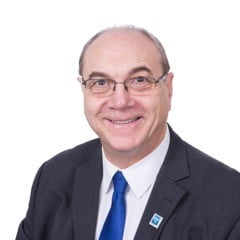 King’s Lynn Town FC are delighted to welcome the appointment of Barrie Pierpoint as Chief Executive Officer from today, Monday 16 May 2022.
Barrie joins at a crucial point in the clubs development and will bring focus and drive to the business. Barrie brings huge experience to the club, having previously been the first Chief Executive of Leicester City in the 1990s, where he developed and managed an annual income stream of £24m with £3m nett profit. Barrie also guided the club through flotation to a public company in 1997 raising £12m. Under his leadership the club developed a £3.5m
turnover conference and catering business within 3 years up from £0.5m.  He was also acting Chief Executive at Boston United where he created a 5 year strategy plan for business growth; restructuring the business and achieving a 50% growth on the previous year.  Barrie has also held CEO roles at Bradford and Portsmouth FC, where he implemented a complete cultural overhaul and created closer community ties.

Speaking about his immediate plans for King’s Lynn Town FC on Sunday, Barrie said his priority is to hold group meetings with the staff to lay out his vision and expectations for the future of the club.  He also wants to have open forum discussions with the fans in order to grow the community aspect of the club and to discuss their views and expectations.  Dates for these meetings will be advised in due course.

Club owner Stephen Cleeve said “Barrie Pierpoint is a major signing for the club. I am looking forward to working closely with him in order to take King’s Lynn Town FC to the next level.