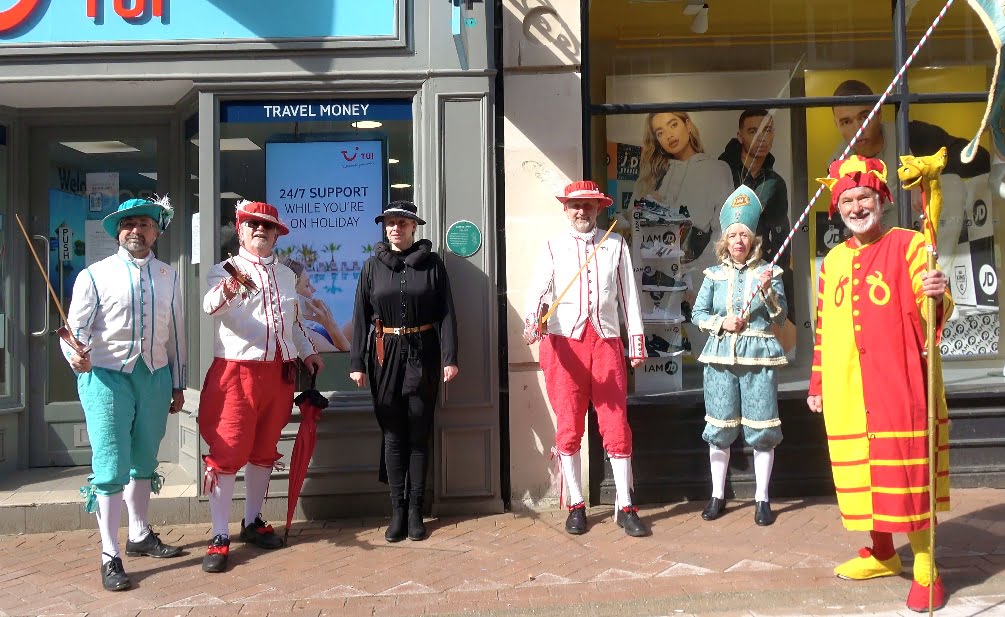 Shakespeare’s Guildhall Trust is planning an online spectacular to celebrate St George’s Day and Shakespeare’s birthday next Friday. The event has been filmed on location in King’s Lynn and in St George’s Guildhall over the last few weeks and will be available to view on the trust’s Youtube site from the 23rd of April. There will be a number of special guest appearances and there are contributions from around the country.

The event comes at a really important time for St George’s Guildhall and for King’s Lynn. Mr Rowlands continued, “SGT published its Vision earlier this year, and the eyes of Shakespearean scholarship and theatre history are on King’s Lynn at present. As the country comes out of lockdown, we expect there will be more interest than ever in the Guildhall.”

In 2019, SGT re-established the tradition of a St George’s Day ‘dragon procession’ in King’s Lynn that hadn’t been seen for over 450 years. Hundreds of people saw the procession and there was a great celebration at the Guildhall afterward. Plans to repeat that success were put on hold last year due to the Covid-19 crisis, and it looked as though the same fate would befall this year’s celebrations.

One of the highlights of the event will be the unveiling of a new plaque at 78 High Street – the site of the house in which Shakespeare’s leading comic actor, Robert Armin, was born in 1565. Although Armin is credited with being a major influence on Shakespeare, he was largely forgotten in Lynn until the SGT Research Group uncovered new evidence about his birthplace in 2019.