King’s Lynn Should Get One Of Eight New Hospitals, Says MP 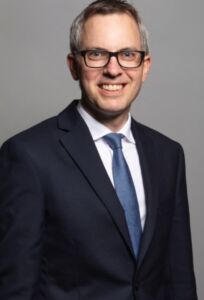 King’s Lynn should get one of the eight new hospitals which will be built in the next few years.

North West Norfolk MP James Wild made the case in the House of Commons, saying the Queen Elizabeth Hospital site “with 200 props holding up its structurally deficient roof has a compelling case to be one of those new schemes.”

Rt Hon Simon Clarke, Chief Secretary to the Treasury, said the Government had committed to funding eight new hospitals by 2030. “The process for selecting those eight is being led by the Department for Health and Social Care and will be based on a range of criteria including clinical lead and deliverability. I would encourage Mr Wilde to engage in that selection process.”