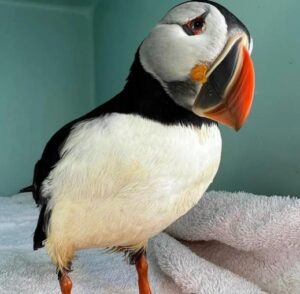 A puffin found stranded on a Northumberland beach has been returned to its natural habitat by the RSPCA after making a long-distance trip for specialist care.

There were fears the seabird had been affected by oil contamination after he was rescued on April 3 on the shore near to Bamburgh Castle.  So he was taken to the RSPCA’s East Winch Wildlife Centre in Norfolk for a period of rehabilitation. There staff washed him in specialist facilities to ensure he was waterproof and during his three-week stay he enjoyed a diet of sardines and eels. He was also closely monitored and assessed by the centre’s vet before he was ready to be returned safely to the wild. That involved a co-ordinated effort between RSPCA Inspector Lucy Green, who first found the seabird, and the charity’s volunteers who ensured he was able to swim and dive again in familiar waters at the Farne Islands. 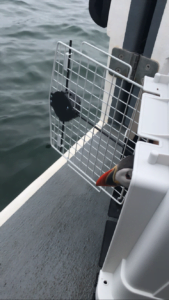