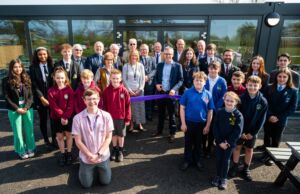 Some West Norfolk sixth form students now have their own site to enjoy a snack.

The brand new canteen exclusively for the use of the older students at Springwood High School in King’s Lynn is now open.

Andy Johnson, executive head teacher, said it was a major facility investment to match the achievement and success of the school, which is a member of the West Norfolk Academies Trust that runs 11 primary and secondary schools.

“Because of the high quality of teaching and support that we provide and the overwhelming success of our students, Springwood Sixth Form has become the first choice academic sixth form for the area: it just continues to grow and grow,” he said.

“It is an exciting addition to our dedicated Sixth Form facility. Springwood sixth formers already wax lyrical about the fantastic food available to them from their canteen area – now, we will have a cafeteria that does the food justice,” he continued. 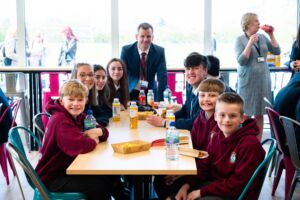 The new space, situated in the south-east corner of the school site on Queensway, is also equipped with laptop lockers and chargers and provides another option for independent study, and has already received the thumbs-up from the school’s head boy and head girl.